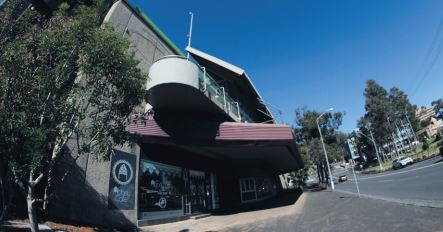 The recent decision by Gosford Council to sell the Kibbleplex building in Henry Parry Drive has met with strong community and political criticism.

Senator for New South Wales, Deborah O’Neill, has accused Gosford City Council of selling out the local community by putting the Kibbleplex development on the market.

“The Kibbleplex site, in the heart of Gosford, was given a glowing recommendation by the local Regional Development Authority and Council just 18 months,” Sen O’Neill said.

“The University of Newcastle allocated significant funds in its 2013- 14 budget to extend its footprint into Gosford,” she said. “The regional library had found a home in Kibbleplex, a local community group wanted to construct an auditorium in the space and the Smart Work Hub now operating there was one of the types of businesses the cluster of participants was set to attract.”

Senator O’Neill said Kibbleplex was a great idea 18 months ago, worthy of a $7 million pledge from both sides of the political spectrum, but a new report from Council argued the cost of refurbishing and fitout made it commercially unviable.

“The $7 million promised by the Abbott Government has not materialised. “The project has not moved. “The UON has been told to keep their money and locals still don’t have their regional library even though we’ve been paying for it for 20 years in our rates. “So what disaster has happened to Kibbleplex in 18 months that led to Council’s decision to hand power to the CEO Paul Anderson to sell the site?”

Sen O’Neill said the people of Gosford had been cheated by Council and the Abbott Government of a precinct that was designated as a public facility. “Questions must be asked about Council’s management of this project to date. “Looking ahead, this matter needs more public scrutiny, not less. “Is this a plan to give the Abbott Government a free pass to walk away from their commitment to this vitally needed innovation, university and education centre for the people of Gosford and the Coast?”

Senator O’Neill said if Council’s latest statements about problems with the structural integrity of the Kibbleplex building are taken at face value, the building should be demolished immediately. Yet initially a report from Council staff recommended that Kibbleplex be remodelled as a car park, extending the top level parking to the level below. “What is really going on here?”

Senator O’Neill asked. Senator O’Neill said further complicating the Kibbleplex issue was the Abbott Government’s pledge to build an arm of the Australian Tax Offi ce in Gosford. Last week, the Prime Minister said there may be a “refi t” of a building in Gosford for the ATO in 2016, there may be jobs in 2017.

“Ms Wicks said the ATO offi ce will be built in Gosford but she doesn’t know where,” Senator O’Neill said. “Is this where Lucy Wicks and the CEO of Gosford council are planning to put our $7 million? “The community needs to watch this sneaky business carefully, something smells about what is going on here.”

Ms Wicks has subsequently confi rmed the Coalition remains committed to delivering $7 million to build a new state of the art community facility in Gosford. She said the funding has been in the Federal Budget for the past two years in addition to the 600 jobs in a purpose-built Commonwealth Agency in Gosford.

“This $7 million funding is not in doubt,” Ms Wicks said. “We are committed to this funding, which was to deliver a regional library, teleworkers hub, childcare centre and meeting rooms. “This is a community-led vision that will help deliver jobs, growth and opportunity for our city.

“Now that Gosford Council has determined it will sell the Kibbleplex site, the Council must now secure an alternate venue and work with the Australian Government to deliver this vital project in keeping with the original intent of the election commitment.”

Gosford win but Avoca and Kariong unlucky in round 13

Panthers win five in a row by more than 90 points