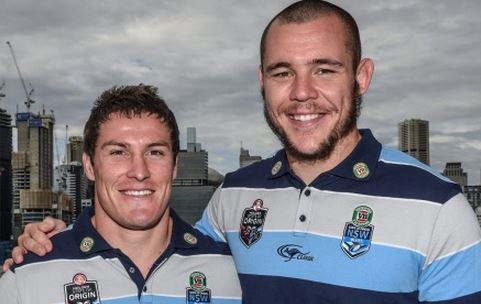 The Canterbury-Bankstown Bulldogs shifted their home match to Central Coast Stadium where they will clash with the Gold Coast Titans in Round 23 of the NRL competition on Sunday, August 16.

The boys from Belmore will head up the M1 and bring with them their proud army of members and fans, painting the Central Coast blue and white when the main game kicks off at 4:00pm.

This will be the last time the Central Coast will see NRL action for the season and the Bulldogs would love to see the community come together for one of the game’s premier sides on display against the Titans. Captain James Graham is excited about the opportunity to play a day game on the Central Coast.

“We’ve been to the stadium a number of times over the past couple of years and it’s one of those places that is just built for footy,” Mr Graham said. “The fans are close to the action and the pitch is always in good condition, so hopefully we get good weather and a dry track where we can play some good footy.

“It’s a challenging time for us where there are plenty of teams still in the race for the finals, so we know what we need to do.

“The Titans defeated us earlier in the year on their home soil and we are making the Central Coast our own this Sunday and we would love as much support as we can get to help us get the win.”

The recent NRL match played at Central Coast stadium on August 1 between the Sea Eagles and the Broncos, drew the largest crowd of the round, and organisers are hoping to repeat that feat this weekend.