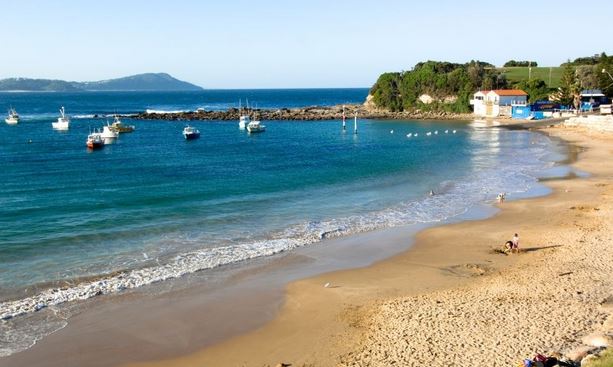 Gosford Council’s approach to the management of its beaches and Brisbane Water foreshore flood plain has been labelled “a complete waste and a disgrace” by a community representative on its Catchments and Coasts Committee.

Mr Pat Aiken, in a letter to all councillors, CEO Mr Paul Anderson, NSW premier Mike Baird and several NSW ministers, has condemned both Gosford Council and the NSW Government for failing to protect Central Coast ratepayers from the consequences of flooding and sea level rise.

“After more than two years of unrelenting effort, I feel I am qualified to say that the outcomes of these plans, that have now cost taxpayers and Gosford ratepayers millions of dollars, are a complete waste and a disgrace,” Mr Aiken said.

“They achieve little more than to forecast the need for more studies and more plans,” he said. Mr Aiken pointed to a Land and Environment Court ruling by Justice Sheahan in his decision to award costs to Esther Dunford of Wamberal against Gosford City Council in June 2015.

Justice Sheahan said that a proposed revetment wall to protect beachfront properties at Wamberal “had been discussed for 25 years” but he quoted Gosford Council’s own legal counsel as stating during the case that it was “all talk and no action”.

“Much of Council’s argument was admitted by its counsel to be spin,” Justice Sheahan said. “I also condemn the NSW Government for its shameful approach to coastal management, its many broken promises,” Mr Aiken said.

“The NSW Government continues to reject any responsibility to support the protection of the coastal zone in regional NSW, related to future projections of sea level rise associated with climate change.

“Instead, regional councils with a comparatively small ratebase but many kilometres of beaches, are forced to take on the state government’s responsibility. “Unfortunately councils then just pass the buck,” he said.

According to Mr Aiken, Council’s approach to the management of sea level rise and related issues will end up costing residents with waterside properties dearly. He said Council’s revised sea level rise benchmarks have not resulted in any seaward movement of projected hazard lines.

He said its decision to adopt an amended Development Control Plan at Wamberal Beach would “sterilise” the suburb of future development. According to Mr Aiken, Gosford Council has a policy of “planned retreat” from suburbs such as Davistown and for Gosford’s Open Coastal Beaches.

He said the Catchments and Coasts Committee had recommended a document without seeing it on the basis that Council claimed the Minister for Planning and Environment had demanded completion of the Coastal Zone Management Plan by Easter 2015 or Council would risk losing its funding.

“Gosford Council had already been put on notice in March 2014 by the Office of Environment and Heritage that it would receive no more grants over its failure to fully acquit over $6 million in funding grants for coastal management and flooding,” Mr Aiken said.

“Gosford Council takes the high ground, claims to be pro-development and then does everything possible to constrain development in areas it claims are at great risk of the consequences of climate change.

“Beach nourishment, off-shore reefs, geotech sandbags, beach scraping, dune stabilisation/ reconstruction have all been rejected in favour of a plan for a rock revetment that still has not been constructed after more than 40 years.

“A proposed rock wall that Council knows will be flick passed to the NSW Coastal Panel by the NSW Planning Minister and rejected.

“In fact nothing has been done since 1974 and 1978 other than the million dollar concrete wall for Terrigal Beach to protect the CBD and the highly unplanned but very successful rock wall in Terrigal Haven and of course the millions spent at Ettalong on rock walls.

“But Wamberal, North Avoca and Avoca Beaches, beaches that are at risk, remain unprotected and tagged for ‘planned retreat’ with the full support of Council.”