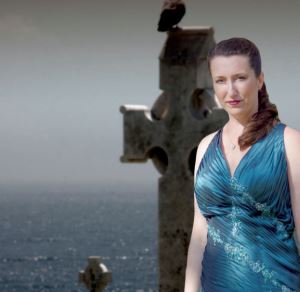 For this one-time presentation, the fortyvoice Chorale led by music director, Mr Christopher Bowen OAM will be accompanied by a premier 25-piece orchestra and four exceptional soloists.

Mr Bowen said of the program, “Mozart’s Requiem was one of the greatest pieces in the choral repertoire.” Bowen described Mozart as a “choral-writing genius,” and the first half of the program features his Sub tuum praesidium KV 198, Ergo interest, an quis KV 143 and Litaniae Lauretanae KV 109.

In a modern contrast, Ms Elke Hook and Ms Shayne Leslie will perform the world premiere of Ms Leslie’s Antiphon (2015) for two high voices and chamber orchestra. The text is written by Hildegard of Bingen and is the first song from Ms Leslie’s Songs of the Feminine Divine, a three piece song cycle based on the texts of women mystics.

Litaniae Lauretanae is a special performance sung by members of the Sydney University Graduate Chamber Choir with soloists Ms Angela Lim, Ms Catherine O’Doherty, Mr Dominic She and Mr Kirk Hume. Mozart died in 1791 before the Requiem was fi nished. He knew his own death was imminent and allegedly left detailed notes as to how the Requiem was to be completed. Much intrigue surrounds the piece.

It was revealed that the Requiem was an anonymous commission from a wealthy Count wanting to pass the composition off as his own.