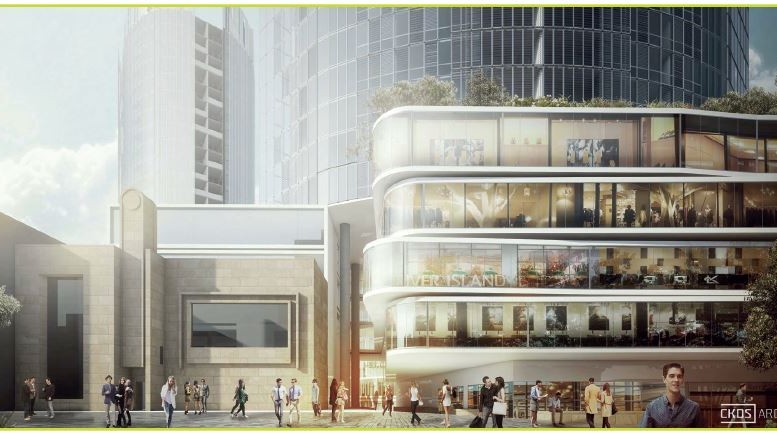 Gosford-based chartered accountants, Robson Partners have started a petition at change.org to ‘give Waterside development the green light’.

“We are calling on all the residents of the Central Coast to get behind this initiative and help revitalise our city, by showing their support in signing this petition,” the petition preamble at change. org said.

Robson Partners have been particularly vocal in their support of the redevelopment of the Froggy’s site in Mann St Gosford called ‘Waterside’.

“Because of the fl ow-on effects it has on businesses, basically because it is good for jobs,” he said.

According to Mr Marchant, recognising and utilising the natural assets of the Gosford waterfront is a critical step forward is recognising and developing Gosford to its full potential as a place to live and work.

“Developments like this will only spawn more developments and act as a catalyst to drive other ventures and give the Gosford CBD the drive it needs.

“We need to encourage people who have the drive to make Gosford great,” he said.

Mr Caine King, director of CKDS Architecture, the East Gosford architectural firm that is designing the Waterside concept for Mr Wang said he is currently working with Gosford Council to ensure the development application will be well received by the Joint Regional Planning Panel (JRPP) which is responsible for approving developments worth over $20 million.

He said he is hoping that a strong response to the change.org petition will help the developer’s case with both Gosford Council and the JRPP.

The current design concept, which is currently undertaking a review, incorporates a proposed new bus interchange in Baker St, the preservation of the heritage clock tower in Mann St and will include an entertainment and retail quarter with a large pedestrian forecourt.

Mr King said the original design may need to be reworked because New Hong Kong Macau Australia Pty Ltd had not been shortlisted to develop the new home for the Australian Taxation Office in Gosford, as promised by the Federal Government.

The commercial component of the development may need to be scaled back now the company is out of the running to accommodate the ATO.

The number of residential units included in the development (572 in the current DA) is also under review.

Mr King said that now the Mariners Plaza development on the corner of Mann St and Donnison St has been approved, he also needs to do a “very extensive” assessment of how Waterside will impact on the views from the Mariners Plaza.

“We are not going to alter our concept but we do have to justify what we are doing and the impact that will have on the Mariners’ Plaza views,” he said.

Mr King said the current floor space ratio of the Waterside development is 8% whereas the Mariners’ Plaza gained JRPP approval at over 9%.

“We are a much bigger site and have a lot more social benefit because of the hotel, proposed bus interchange, heritage item and entertainment precinct,” he said.