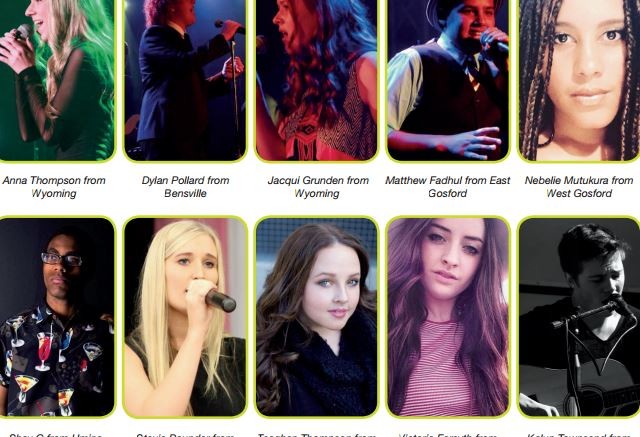 The Kickstart Music Challenge gives young Central Coast artists the opportunity to work with a live band, be part of a live production show and compete for the ultimate prize of industry experience.

On Friday July 10, ten of the best performers from the competition will perform in front of a live band in a concert at the Don Craig Room. Laycock St Theatre. The production will also feature a guest performance from last year’s winner, Mr Joseph Arrua. The top 10 fi nalists for 2015 incuded: Anna Thompson from Wyoming; Dylan Pollard from Bensville; Jacqui Gruden from Wyoming; Matthew Fadul from East Gosford; Nebelie Mutukura from West Gosford; Stevie Pounder from Springfi eld; and, Teaghan Thompson from Terrigal. The live show allows the artists to sing three songs, to show their versatility and ability to act like a pro, as well as giving the artist time to interact and build a connection with the audience. The prize pool includes professional promotional videos for all fi nalists, two 45 minute artist shows with a live band, a Kickstart album EP and EP launch. “At the end of the day, everyone is a winner and will walk away having learnt or experienced something they never have before,” said Kickstart co-founder, Mr James Callaghan. “This year, not only do we give away an EP recording package to the winner, we also will be recording a Kickstart fi nalist CD, and JC Entertainment will host a Kickstart concert series,” he said. On Saturday June 20 there will be a professional development workshop, including a question and answer session with industry professionals, chart writing session, a mock rehearsal with the Kickstart Band and a PA Seminar covering equipment. “We want to give young artists a glimpse of the music scene at a young age. “We also see young artists getting taken advantage of due to their age. “We want to educate them on what their rights and responsibilities are to not only help them but create a healthy music scene on the Central Coast,” he said.