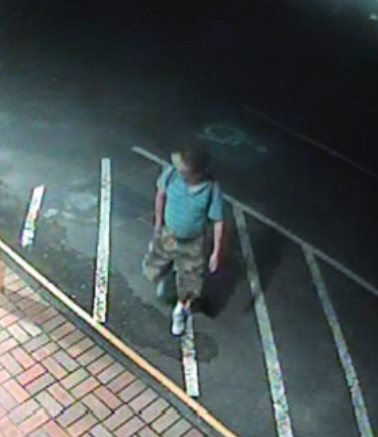 Police have released CCTV images of a man who may be able to assist them as they investigate a fire  at a retail complex in Erina last year, and which is believed to be suspicious.

At about 4:00am on Thursday, November 16, emergency services were called to a retail complex on Karalta Rd, following reports of a fire. Fire & Rescue NSW officers attended and extinguished the fire; however, extensive damage was caused to seven businesses. No one was injured during the incident. Officers attached to Brisbane Water Local Area Command attended and established a crime scene. As inquiries continue into the fire, which is believed to have been lit deliberately, police have released CCTV images of a man who may be able to assist them. He is depicted in the images as being of Caucasian appearance and of medium build. The man is seen wearing camouflage-print cargo shorts, a blue polo shirt with white horizontal stripes, a blue baseball cap with a grey peak and a red- coloured symbol at the front and is carrying a backpack with purple straps.