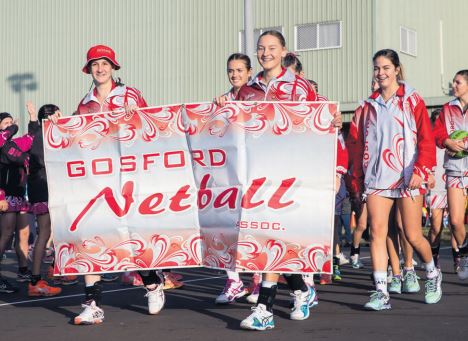 Gosford Netball Association has taken home the Pat Weston OAM Country Championships Trophy after finishing as the highest ranking regional side in the Open Championship division of the 2015 Netball NSW State Championships.

Their Open Championship side finished in fourth place behind Sydney Metropolitan Associations Manly Warringah (Champions), Randwick (Runners-Up) and Ku-ring-gai (third) to claim the Pat Weston OAM Trophy for the first time since the title was introduced in 2009. The 47th instalment of the competition was contested at Illawarra District Netball Association over the Queen’s Birthday June long weekend, with 2015 Champions crowned following the conclusion of the round robin style competition. Gosford also fielded five other teams in this year’s tournament. Their Over 40 side fi nished third, both 17 and Under Championship and Over 35 teams also fi nished fourth on their respective ladders. Gosford’s Over 45 team came in fifth, while their 21 and Under Championship team finished in sixth place at the conclusion of the tournament.