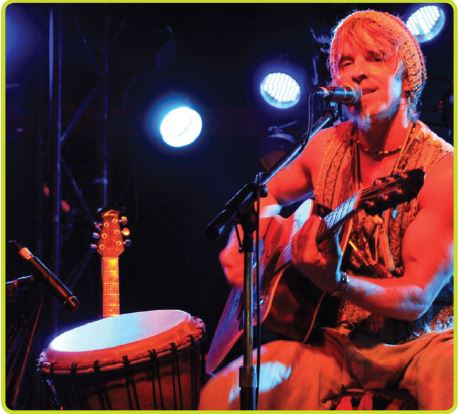 Akova and VanderAa will both play at the Rhythm Hut on Friday, March 20, providing a night of double bill indie, groove, pop and conscious roots music.

Akova’s signature blend of alternative rhythmic roots comes from his life of music, with tribal drumming, driving rhythms and lyrics.

He has been recognised for his songwriting talent, being a MusicOz 2012 finalist, Unsigned Only Songwriting competition finalist, and top four in his genre in 2013.

Akova has shared the stage from bar rooms to festivals with Ash Grunwald and the boys from The Living End, Fyre Walk, Kingtide, Tijuana Cartel, and most recently The Gin Club, Afro Moses and Dubmarine. VanderAa originally hail from Darwin, and have been earning their gigging stripes by busking and circulating the outback pub circuit.

The brothers encapsulate the young, hot and fun culture that is the Northern Territory.

VanderAa sonically sit with the likes of Ball Park Music, Boy and Bear and Sticky Fingers.

Having performed alongside San Cisco, The Living End, The Cat Empire, Jet and Eskimo Joe, and winning the NT Song of the Year Awards, VanderAa live to write, record and entertain the masses.

Local Principal to have her head shaved for a cure