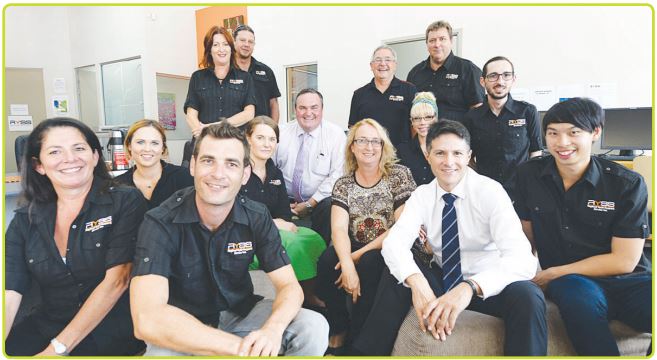 The funding was announced on Thursday, January 15, by Minister for Citizenship and Communities Mr Victor Dominello and Member for Gosford Mr Chris Holstein.

Mr Dominello said that the funding was provided as part of round three of the NSW Government’s Youth Opportunities Grants Program, which seeks to empower at-risk young people to develop leadership skills, self-confidence and participate more fully in their community.

“I am pleased to be able to commit $47,500 towards this youth led and youth driven project that will see young people work together to produce a documentary which will focus on five key issues that matter to young people on the Central Coast,” Mr Dominello said.

“The project, which will engage up to 400 young people on the Central Coast aged 12-25, will seek to focus on reducing the risk of disengagement for young people,” he said.

Young people will be invited to attend youth engagement skills based workshops mentored by the iGen team.

The Central Coast will be covered with two focus group ‘iGen’ workshops in Gosford and Wyong LGAs.

The iGen team will facilitate the filming and brainstorming around five key youth topics identified through this process.

The findings will be collected into a professional creative film documentary.

William Ho, who was part of RYSS’ first Youth Opportunities team said: “I’m excited that RYSS is able to continue the great work they do through this new and innovative Central Coast iGen Project, and look forward to viewing the creative film documentary.”

Mr Holstein welcomed the announcement and said that this project was a big win for young people on the Central Coast.

“I look forward to the documentary in being a positive and productive approach to the issues youth on the Central Coast have,” Mr Holstein said.