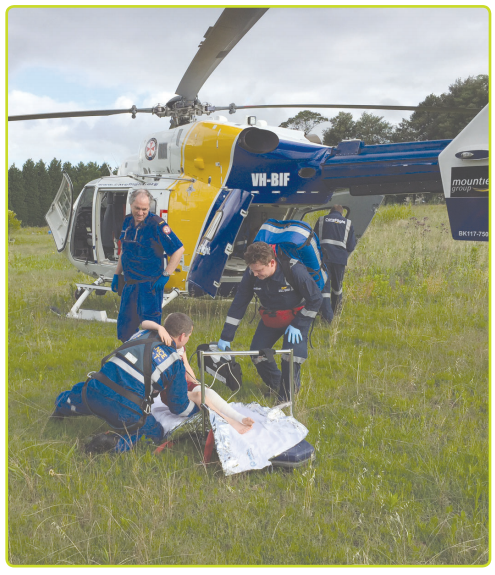 The boy, from Tumbi Umbi, was visiting his aunt at Peats Ridge when he came back to the house after playing in long grass and revealed the puncture wounds on his left foot. The type of snake was not immediately identifi ed. His aunt tended to the wound while emergency services rushed to the scene. The CareFlight helicopter landed on the property one minute before a NSW Ambulance crew arrived from the Central Coast. CareFlight’s doctor and ambulance paramedics provided further treatment at the scene. The boy was alert, conscious and in a stable condition when fl own to the hospital.