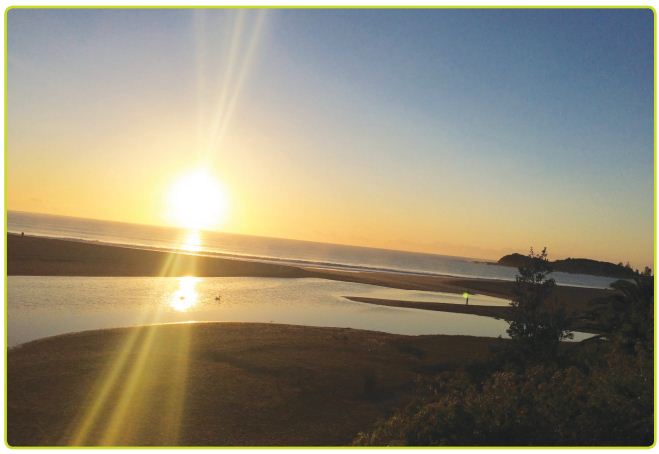 Thirteen of the 22 swimming locations in the Gosford LGA have been given the thumbs down on water quality and swimming safety in the State of the Beaches 2013-14 report, including popular tourist beaches, Terrigal and Ocean Beach.

Wamberal Lagoon, Avoca Lagoon, Patonga Creek, Pearl Beach rock pool, Ettalong Channel, Pretty Beach baths, Woy Woy baths, Davistown baths and Yattalunga baths were all given a poor rating while Terrigal Lagoon was given a very poor rating. Nine swimming locations, including MacMasters Beach, Avoca, North Avoca, Wamberal and Forresters Beach were labelled as good. No swimming locations in the Gosford LGA were labelled as very good, compared with 16 of Wyong Shire’s swimming locations that received the top rating. According to the report, while water quality was generally suitable for swimming in dry weather conditions at Terrigal and Ocean Beaches, elevated enterococci levels may be recorded following light rainfall. “Terrigal beach is often impacted by discharge from Terrigal Lagoon. “It is recommended that swimming be avoided during and up to one day after rainfall or if there are signs of stormwater pollution, such as discoloured water or odour or floating debris,” states the report. The report highlighted 42 swimming locations in NSW that failed to live up to the community’s expectations for water safety including four ocean beaches, 22 estuarine beaches and 16 lake/lagoon swimming sites. Gosford Council’s Director of Governance and Planning Ms Danielle Dickson said local beachgoers could be confident that Gosford City had some of the cleanest ocean beaches in NSW. “The report graded nine of the 11 ocean beaches monitored in the Gosford region as good,” said Ms Dickson. “Unfortunately, not all of our beaches escaped the impacts of rainfall during the year with Terrigal and Ocean beaches rated as poor. “Overall, the water quality at most locations improved in 2013/2014 as a result of drier conditions, and it is expected that it will continue to improve as rainfall conditions return to average. “Forty one percent of Gosford’s 22 monitored sites were graded as good or very good in 2013/2014, up from 32% in 2012/2013. “However, the report also identified the continued water quality issues at 11 of the region’s lagoon, estuarine and ocean baths swimming sites. “Sites like Terrigal Lagoon, Patonga Creek, Ettalong Channel and Cockrone Lagoon rated poorly, mainly due to stormwater and wastewater impacts following wet conditions and flooding events. “Swimming sites graded as poor or very poor have permanent advisory signs recommending that swimming should be avoided for up to three days after rain in estuarine or lagoon environments and up to one day after rain at beaches. “Beachwatch also issues daily pollution forecasts to enable swimmers to make informed decisions about where and when to swim. “Council continues to invest millions of dollars each year in protecting local water quality by improving the performance, reliability and capacity of its sewerage and stormwater networks in the vicinity of many of these sites. “Just this year, two new stormwater harvesting and reuse schemes worth around $7 million started operating in Terrigal and East Gosford. “We’re also currently seeking the community’s feedback on our latest efforts to protect the health of Wamberal, Terrigal, Avoca and Cockrone lagoons. “The draft Coastal Zone Management Plan for Gosford’s Coastal Lagoons will provide guidance for future actions that will help to achieve longterm improvements to each lagoon’s health,” Ms Dickson said. NSW Shadow Minister for Water Peter Primrose said people shouldn’t have to put up with declining water quality and polluted waterways because of the Government’s cuts to water maintenance – especially as we approach summer. “It’s unacceptable that many of our best-loved swimming spots have been given the thumbs down by Beachwatch in their latest State of the Beaches report. “This has an impact on our everyday lives. “Our beaches are dirtier than they once were. “You get more wastewater overflows into our rivers and into the ocean. “People are more likely to get sick “Our tourism sector also suffers because we have less ability to market our beautiful beaches to the world. “You can’t just blame the rain every time a beach has to be shut or someone gets sick. “That’s an excuse, not a solution,” said Mr Primrose.