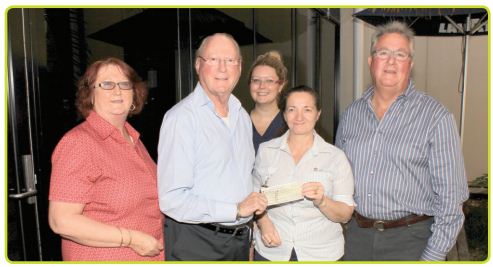 Local Gosford and Wyong hotels have exceeded expectations at the recent charity Golf Day and auction event which raised $20,000 for much needed equipment for both Wyong and Gosford hospitals.

Central Coast Australian Hotels Association [AHA] sub branch president Mr Bob Bourne presented the cheque for $20,000 to acting operational nurse manager for Division of Medicine Ms Michelle Stark for much needed equipment for the stroke section of both hospitals. During the past five years, the charity event has raised funds for organisations such as Coast Shelter, Marine Rescue, Gosford SES, Brisbane Water NSW Ambulance Service and many more. Mr Bourne said: “We started with just 70 players and have now grown to around 95 playing, with a further 110 guests attending the luncheon and auction.”

Bathrooms have no bath